Feature on Jane Godman & Colton and the Single Mom

This week our Feature on Author is on: Jane Godman. She has a new book out,


Colton and the Single Mom (The Coltons of Red Ridge). 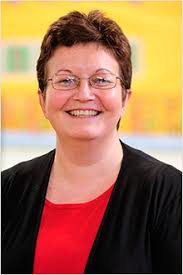 JANE GODMAN writes paranormal romance for Harlequin Nocturne and SMP Romance and thrillers for Harlequin Romantic Suspense. She also self publishes her historical and gothic stories. She has been a Romantic Times Reviewers Choice Nominee and The Romance Reviews Readers’ Choice Award Winner.
Jane worked in a variety of shops, bars, and offices before settling into a career as a teacher. She was born in Scotland and has lived in Germany, Wales, Malta, South Africa, and England. Jane still gets the urge to travel, although these days she tends to head for a Spanish beach, or a European city that is steeped in history.
When she isn’t reading or writing romance, Jane enjoys cooking and spending time with her family. She is married to a lovely man, has two grown up children and has recently discovered the joy of becoming a grandparent (to two gorgeous boys).

Connect with Jane Godman on the web:

Who is Esmée Da Costa?

Esmée Da Costa is a twenty-seven-year-old true crime documentary maker and vlogger. Her dad, who was from Ecuador, died when she was seven. She was raised by her mom, Portia, a well-known author of true-crime books.
Esmée's two-year-old son Rhys, is her whole world, but she had to escape an abusive relationship with his father. Rhys, who witnessed his father attacking his mother, doesn't talk. His selective mutism was a response to the trauma.

Esmée arrives in Red Ridge, South Dakota to investigate the Groom Killer murders and faces a mixed reaction. Some people want to share their opinion about the killings with her. Others, like Brayden Colton, the K9 cop who is half-brother to the chief suspect, want her to keep her nose out of their business.
Did she make a mistake in her dealings with Brayden Colton?

Esmée takes an ethical approach to her work, but many people don't understand that and view her as a busybody. She knows that Red Ridge has been devastated by the murders and she doesn't want to make things worse. She's intrigued by Brayden Colton. How does he balance his role as a cop with his loyalty to Demi, his half sister who is suspected of this terrible crimes?

Esmée's mistake is in believing that Brayden will want to talk to her. As soon as the no nonsense Search and Rescue lead on the K9 team hears about her arrival in town, he goes out of his way to avoid her. Brayden comes from the poor side of the Colton family. One of four siblings, all with different mothers, his father is Rusty Colton, owner of the Pour House, a dive bar in the sketchy part of town. Stubborn as a mule, when Brayden makes his mind up, he usually gets his way. Then he actually sees Esmée...
Can they save their family?

The Groom Killer is murdering bridegrooms. Esmée has come to Red Ridge to tell the story, but, before long, it looks like someone will go to any lengths to stop her. When her life is in danger, Brayden and his K9 Search and Rescue partner, Echo, face a race against time. 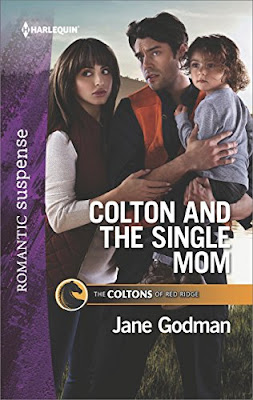 Colton and the Single Mom (The Coltons of Red Ridge)

A serial killer is on the loose, and true-crime filmmaker Esmée da Costa is on the case. K-9 cop Brayden Colton, the prime suspect’s half brother, works hard to stop her prying, but sparks fly as he falls for Esmée and her son. When Esmée and Brayden’s little family comes under siege, can they save all they love?

New comments are not allowed.