We have Helene Young visiting and she's got a giveaway for one commenter! 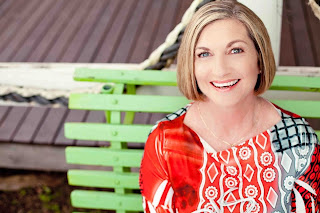 Nas, thanks for inviting me to chat at Romance Book Haven. It’s lovely to be here. I’m also delighted that I can offer a giveaway copy of BURNING LIES to one of your readers! Join in the conversation to go into the draw.


One of the unexpected joys of being a writer has been talking to readers. On a recent tour through four states of Australia I met many wonderful people who all asked such great questions. I thought I’d share a few of those questions and my answers.


My favourite was from an older gentleman in a largely female audience who asked, ‘What’s the level of heat in the sex scenes in your stories. I’ve just finished Fifty Shades and I didn’t really enjoy it.’  He got my gold star for bravery!

In my stories the sensuality is high, but the details are more implied than given in graphic detail. For me a love scene is all about the emotional connection rather than the physical act of having sex. The bedroom door isn’t so much closed as the lights are dim and the words and feelings take centre stage rather than the body parts! (I’ve since had an email from that gentleman to say he loved Burning Lies and was hunting down my other stories!)


Another question was,  ‘Why do you write what you write?’ I think the answer to that is Romantic Suspense gives me two stories in one. As a child I loved The Find Outers and Dog, The Trixie Belden Series and The Chronicles of Narnia. They were action packed adventures with feisty girls capable of anything. Alongside that I also read My Friend Flicka, Anne of Green Gables and eventually everything Jane Austin and the Bronte sisters wrote. I loved stories that made my cry and those that had a happy ending. Romantic Suspense feeds my need for realistic action packed stories knowing that my characters will find an optimistic ending.


A common question was, ‘Where do you draw your inspiration from?’


In my Border Watch series the issues all have to do with Border Protection and the various roles the surveillance aircraft play in keeping our communities safe. In Wings of Fear it was a home-grown terrorist threat. In Shattered Sky it was Outlawed Motorcycle Gangs and in Burning Lies it was an arsonist. Half Moon Bay is all about international crime organisations running drugs into Australia and laundering money through a corrupt local council. Any day of the week you can open a newspaper and find those topics in the headlines. As I fly the same aircraft type as those used in the surveillance operation I could use that technical background to make the stories as realistic as possible.


I also draw a lot of inspiration from the people who are involved in things like the Army, the Police, our firefighters – both volunteer and regular, the Navy and of course Customs. Talking to them is almost as much fun as writing the book!


The other most popular question was, ‘How do you juggle flying with writing while living aboard a catamaran.’ The answer is I’m very, very busy, but it seems I thrive on a challenge. Flying provided so much inspiration for my first three books and while I may move away from those themes for a little while there are more stories to be written based around aircraft. I’ve learnt not to be precious about where I write. I have a MacAir laptop and I can whip that out when I have a spare ten minutes and get some words down on the page.


Living aboard the boat has been a twenty-eight year dream that took fifteen years hard work to realise. I love bobbing around on Roo Bin Esque and enjoy the rhythm of life in a marina. Having a chat is just as important as getting on with the day. I always leave early for work now to allow for that…


So now it’s over to you. What questions would you like to ask? Or what’s the best question you’ve heard? Love to hear from you and remember one commentor will receive a signed copy of BURNING LIES. 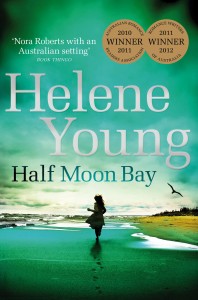 Ellie Wilding has been running from her past, but when the residents of Half Moon Bay call for help she knows it's finally time to return home.  As an international photojournalist, she's used to violence in war zones, but she's shocked when it erupts in the sleepy hamlet on the north coast of New South Wales, threatening all she holds dear.
Battle-weary Nicholas Lawson walked away from his military career leaving unfinished business. In a coastal backwater, that decision returns to haunt him. He remembers all too vividly his last lethal assignment in Afghanistan when Ellie's sister, Nina, was shot and killed. Ellie's been in his dreams ever since, even if she doesn't remember him…
As a storm rages and floodwaters rise, Ellie struggles to save her community. But who can she trust? Nick Lawson, the dangerously attractive stranger with secrets, or an old friend who's never let her down?
Find Helene at
Website      Facebook      Twitter

New comments are not allowed.